Allow Me to Introduce Myself: Aspirations in Media Production

I’m Antonio Cribari, and my friends and family call me Tony. I grew up in small town suburbia with my hard working family who placed a strong sense of purpose in me. My friends didn’t understand my mentality growing up. For instance, I talked about my dream of owning a studio to produce movies and music. Like an adult in the body of a teenager, I often felt alone with my aspirations. Experimenting with media production was a hobby that soon became the key to these aspirations. The more I created, the more I felt a strong desire to own a professional entertainment studio. However, it’s important to work professionally as an individual to understand the industry. With that thought, I set out to make media production my career.

Well I Guess This Is Growing Up

To be honest, it all started with luck of the draw. My father is a computer IT Technician, so I grew up around a lot of technology. Because of this, I experimented with computers and video games at a very young age. I remember it fondly; between the original PlayStation and PlayStation 2, I clocked many hours of game time. Something tells me I didn’t play games like most kids my age, because I eventually learned to modify my games and make them work how I desired. The music, in-game graphics, and even the in-game worlds were mine to change. I was fortunate enough to learn how to use the early Adobe Creative Suite products to make these changes. Eventually, I grew out of game modifications and still had the knowledge of the Adobe products under my belt. What happens next? The birth of YouTube and online videos.

The Dawn of a New Age

Around the year 2005, the internet became an intense commodity with what was and still is known as YouTube. I was among the early adopters of the platform where I uploaded short video clips of my computer games. Between making music for the videos and editing them on my own, I felt unstoppable. I’ll never forget the first time I showed my videos to my parents, and the twinkle in their eyes when they saw what I was learning. An intense rush came over me when I finally understood what I could be capable of with video production. My driving force is to reach the ability to invoke emotions upon others with my work.

YouTube eventually became a more accepted and established online platform, and high quality creators started to hit the scene. I began following a plethora of different content creators on YouTube, most notably Sam and Niko at Corridor Digital, and Freddie Wong. Discovering them inspired me to pursue that same line of work. My father had finally received a DSLR camera and I started creating live-action videos with my younger brother. I picked up some demo software for creating visual effects and learned the very basics around the year 2009. Every tutorial and every new video posted by the aforementioned creators became my lifeline. I just had to create my own high-grade videos! I worked furiously on this goal for years, and still do.

Gotta Learn It All

By the year 2010 I started dabbling more in music production. My first handful of tracks weren’t great, but they provided a great learning experience. In the midst of my teenage years, music became a very important part of my life. I tried to create my own music with the software I had from years past. We had a small toy piano and I started messing around with it and recording my performances with a microphone. I asked for a real electronic piano for Christmas that year, and my parents were incredibly kind in getting me one. The piano was modest and more than enough to get me started. YouTube was a massive help with learning how to play the piano and produce music.

Although short lived, I had a hand dipped in developing websites and programming. Video games became a prominent hobby around this time in my life, so I set out to try and create my own. However, websites are a different story due to their functionality and purpose. I’ve spent a lot of time learning basic web design and coding in these years, and it helps with running my own websites today!

After my brief stints in learning other mediums, I eventually circled back into the video production world. This time I found myself learning animation in both two dimensions and three dimensions. My focus pressed heavily into Visual Effects and Motion Graphics. I also dabbled in graphic design every now and then while I learned Motion Graphics, but I’ve never been a proficient illustrator. These conditions are why I went to college for Video Production. I knew that creating high grade videos was something I could take seriously, and I definitely wanted to. The years ahead served as some of the most useful and really brought out a lot of my potential.

Towards the end of High School, I decided to enroll at Pittsburgh Technical Institute (now known as Pittsburgh Technical College) for an associates degree in Video and 3D Design. The courses there accomplished two major things for me: I left college knowing what a professional establishment expects of me, and I built a strong foundation for my portfolio.

It Was More Than Just College

College became way more than an education establishment for me. I met so many like minded people and found a place where I finally felt understood. Where I grew up in suburbia didn’t compare to the individualism I was met with in college. Everyone dreamed of their own futures, and it was exciting! I also created some of my best work in college, such as Tune Fusion or my Censorship PSA. I’ve created so much more since then, but even today I’m still proud of how far and how hard I pushed myself. It made all the years of experimentation and confusion worth it. College put a lot of my childhood uncertainty to rest.

I’ve never been more inspired to continue and expand my abilities, and with every project I complete, I feel like I’m that much closer to my dream. It’s definitely going to take a long time and a lot of experience, but one day I’ll get there. Nowadays, I work as a professional in the field creating and learning something new each and every day. I’m always ready to work on the next project, and I hope it’s with you! 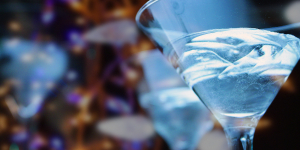 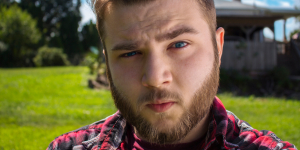 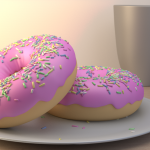 Starting My 3D Modeling Venture in Blender
Scroll to top